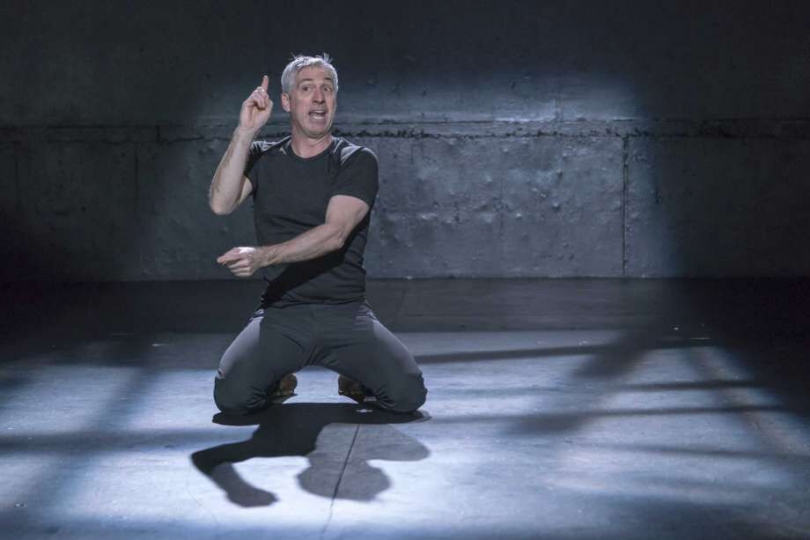 Written and performed by Stephan Wolfert, with material by William Shakespeare, directed by Eric Tucker

this performance is part of The Hague Shakespeare Fringe Weekend:
Shakespeare Unexpected 19 -22 April 2018

Cry Havoc! is part of the Haagse Vrijheidsweken

Cry Havoc is the personal story of war veteran Stephan Wolfert. He interweaves his own story of reintegrating after military service and suffering PTSD (Post Traumatic Stress Disorder) with Shakespeare’s timeless verse. Wolfert suggests that the military “wires” young recruits for war at a psychologically malleable age, but neglects to re-wire them for their return to society. Cry Havoc is a thought-provoking and shockingly funny evening of finely crafted theatre. The production is directed by Eric Tucker, whose production of Women of Will was seen in the first Shakespeare Festival in 2013.

After the show there will be an opportunity to discuss the performance and the themes it addresses with Stephan Wolfert.

Introduction 19, 20 & 21 April 19.50
Location: Koninklijke Schouwburg, Paradijs
Duration: 30 minutes
Preceding the performances on Thursday 19 and Saturday 21 April Henriette Koomans and on Friday 20 April, Tom Dommisse, will introduce the piece, highlighting the way that Shakespeare’s work has been used in the production. This thought-provoking introduction is free, but registration is required.  Please book your place at: office@theenglishtheatre.nl

Henriette Koomans has been involved since the start of The Hague Shakespeare Festival in 2013. As a visiting lecturer, she teaches “Shakespeare and Leadership” at MIT Sloan School of Management in Boston (MA) USA. She provides leadership and team trainings for corporate and governmental organisations in The Netherlands.

Tom Dommisse was the curator of the theatrical college Shakespeare 400 in 2016 at which Gijs Scholten van Asschat and Pierre Bokma performed prior to a speech on Shakespeare and Just War by the eminent international lawyer Judge Theodor Meron, president of the Mechnism for International Tribunals in The Hague. He is a filospher and Shakespeare scholar.