“Who is Medea today in a torn city like Beirut?”

Hanane Hajj Ali is many women. She is a Lebanese actor and playwright. A feminist and a political activist. A mother and a wife. In her award-winning play Jogging, a humorous, revealing and finally dark performance, she inhabits four women: herself; the Medea of Euripides’s ancient Greek tragedy; and two contemporary Lebanese women, one who kills her children and herself, and another who sacrifices her children to the wars of the Middle East. The question that Hanane asks herself is: “Who is Medea today in a torn city like Beirut”?

As a now fifty-something year old woman, Hanane exercises daily to avoid osteoporosis, obesity, and depression. The effects of her daily routine are contradictory. As a matter of fact, two hormones are stimulated in her body: Dopamine and Adrenaline. Two hormones that are alternatively destructive and constructive, amidst a city of Beirut that destroys to build and builds to destroy.

Alone on stage, jogging, Hanane – woman, wife and mother – lifts the veil on her identity. While becoming an ‘unveiled’ performer, her multiple personas progressively parade to fit together like Russian dolls, with the exploration of Medea’s motivations as a central theme.

This performance is spoken in Arabic, with English surtitles. 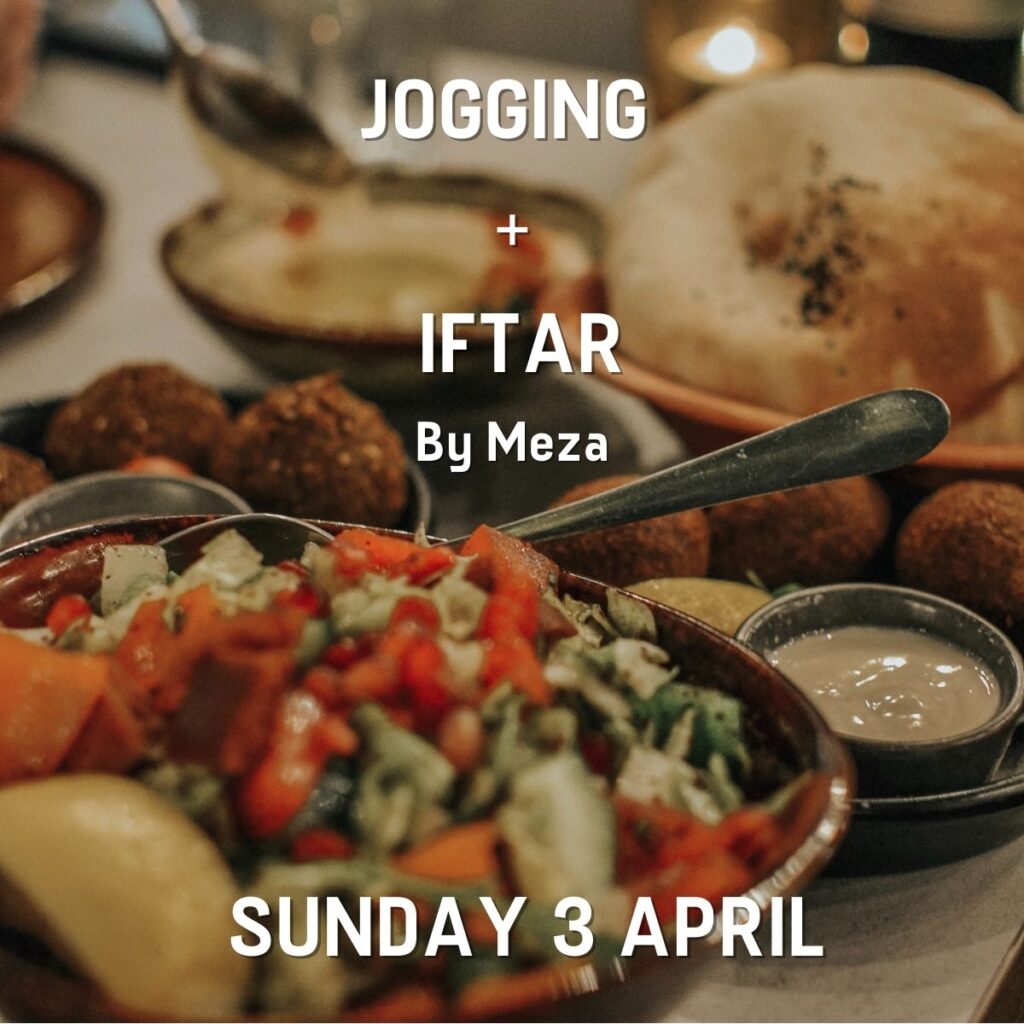 Because this performance takes place during the Ramadan, all Jogging visitors on Sunday will be offered an Iftar after the performance, after sunset. Prior to the Iftar, we would like to give space to break the fasting and pray. The Iftar consists of traditional Libanese dishes by restaurant Meza, which is included in the ticket price.

For tickets for Jogging on Friday 1 and Saturday 2 April, click here.

The event is wheelchair accessible.

Spoken language is Arabic, with English surtitles.
Parking is free directly in front of the building in on street parking. Parking is subject to availability as there are no disabled parking spaces nearby. Any questions about accessibility? Please send an email to production@theenglishtheatre.nl.

Municipality of The Hague