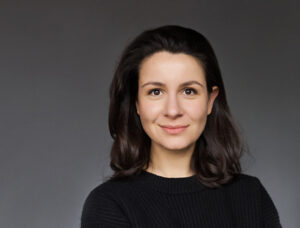 Robin Steegman trained at Guildhall School of Music and Drama. With Dutch and Turkish roots and a classical British training, she is a truly international and multi-faceted performer and theatre maker. She co-founded her own theatre “The Nursery” in London in 2010, creating a theatre in a caravan with which she toured European festivals, including Vault Festival in London, Normandy and Paris. She produced her own stand-up comedy show for the Edinburgh Festival. Robin gives workshops at Buitenkunst and also gives workshops in comedy, public speaking and authentic social media presence.