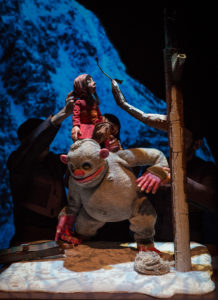 Pickled Image was formed in 2000 by co-directors Vicky Andrews and Dik Downey. Between them they have designed, produced, directed and performed many internationally recognised, award-winning puppetry shows for theatre.